Are you fascinated by dragons? Most people are – and dragons are present in modern and ancient culture alike. They are incredible folk creatures that hold tremendous power. Well, there is a slot game about these creatures, and it’s called Dragonz. It’s made by the company called Microgaming, which is a well-known presence in the world of online gambling. Below you will be able to read more about the game of Dragonz, and you’ll learn whether it’s a game you’d like to play or not. 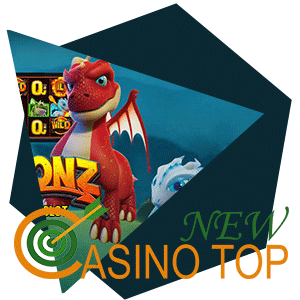 Rules and structure of Dragonz slot

The rules are pretty simple as Dragonz goes, as is the case with the other slot games. You place a bet and hit the spin button, hoping in the process that you will make a winning combination. As simple as that. There are a few things that set this game apart from the competition. For one, you will get incredible 243 ways in which you can make a winning combination. Now, many slot games offer 5 pay lines, and that’s it. With Dragonz this is not the case. The variance of the game is low, so it means that you will get a lot more frequent payouts, but they will be relatively smaller in size.

There are various symbols that are into play in this game. As you might have guessed, this game features dragons. These are not the big, scary dragons that wield huge powers to destroy humanity. On the contrary – these are the playful child-dragons that you can play with. They are cute, they’ll do no harm. They come into play when you will activate the bonus game, a feature that incorporates free spins.

In order to get the bonus game, you will have to get the scatter symbols at some point or another. And then, there are four options for you, as there are four dragons in the game. The first option is to take the flint dragon, and this dragon will activate a feature where you will get multiple wilds during a spin. The switch dragon will stash non-winning wild symbols aside for later use, and you will use them all at once in order to make a big win. The frosty dragon will freeze wild symbols into place, so that you can use them later on. And finally, the gobble dragon will bring a number of extra wild symbols that will continue to get winnings for you, until the turn when they seize to do so, after which they will dissipate.

Arguably the best thing about this game is the graphics – there are brilliantly designed, fluid animations of the little dragons, so this game is a beauty to look at. And in either way, you will be able to play this game for a long time before getting bored. Hey, and you may even win some money. It’s a great way for you to relax after a hard day’s work while playing the Dragonz slot game.