If you’re looking for a fun slot game where you will be able to sit back, relax and enjoy playing for a while, then look no further than Gonzo’s Quest. This is a really fun online slot game that you can play no matter who you are. As is the case with all other slot games, the goal is to make winning combination on the pay lines. You will need to hit the spin button, and from then on you can hope for the best. It’s a game created by the slot game manufacturing giant NetEnt, which is the creator company of many popular online slot games. 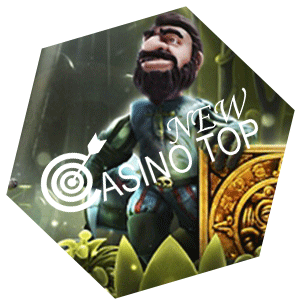 The story behind Gonzo’s Quest

Right before starting the game, you can see an intro that the game developers have set. As the intro will tell you, the game is set in the time when the Spaniards were on a quest for gold on the continents of America. You will see a Spanish galleon sailing the sea. And then you’re introduced to the main protagonist of the game – Gonzo, and as the game informs us “he has other plans”. He is on a mission to find the legendary city of gold – El Dorado.

If you find that you’re fascinated by humanity’s age-old quest for gold, then you will like this game. Gonzo’s Questis  set in the mystical jungles of South America, and the entire scene revolves around your quest for the city of El Dorado. There is no music while you’re playing the game; all you will hear is jungle noises that help set the atmosphere right. And the symbols are ancient totems – see the pay table for more information on how each symbol is valued.

The rules of Gonzo’s Quest

Different slot games feature a different number of pay lines. In this game, the number of pay lines is 20. You can easily see the pay lines if you click the “more info” button within the game. This means that if you play this game; you will have bigger chances of hitting a winning combination. But this also means that you will lose more money on each turn, as a bet, as this game features fixed pay lines. This game introduces the avalanche feature, which means that the symbols fall into place, and they don’t spin. If you hit a winning combination, then the symbols that make the combination will shatter and new symbols will take their place – which increases the win multiplier. The more times this happens – the bigger the multiplier, up to 5x.