People say that the slot game designers are losing ideas on what to make their games all about. While it’s true that there are practically thousands of slot games covering various themes; ranging from popular Hollywood movies, to the 1930’s gangster themes – it still doesn’t mean that there aren’t any new things that slot game designers can’t make games about. Case in point – recently the slot game designing company called NetEnt has made a game about the legendary rock band Guns N Roses. If you know anything about rock music; then you have heard about this band, and per chance you have even heard some of their music.

The background of Guns N Roses

The employees at NetEnt were aware of the fact that Guns N Roses is a very popular rock band; and that their popularity lasts to this very day. So, they have deemed it a wise choice to create a game centered on the background of this rock group. So, Guns N Roses slot was born, and now you can play it.

One of the things that sets this game apart is that it has fully licensed soundtrack composed of some of the greatest hits of Guns N Roses the band. You’ll be able to sift through the playlist of five of these greatest hits, including “November Rain” and “Sweet Child of Mine”. It’s a treat for any rock music fan. And the background graphics are set at a rock concert. The crowd will cheer every time you make a winning combination at the reels. 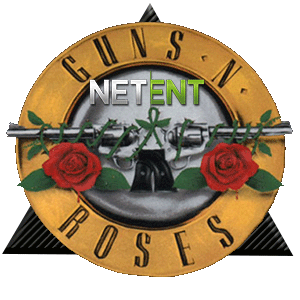 The Guns N Roses slot game features 20 pay lines, which are fixed, meaning that you won’t be able to select which pay lines you’re willing to play. The symbols vary in their value, as is always the case in slot games, and they range from card numbers to rock stars. There’s also a wild symbol which can take different forms – for example an expanding wild; or appetite of destruction wild. Finally, you will be able to even play some bonus games, provided you have the luck to hit three bonus symbols in any given play through.

Again – you will positively love this game if you’re a fan of rock, and this will be more so the case if you’re a fan of Guns N Roses the band. Since this game is centered on them; you can expect to improve your bond with this group, by hearing some of their hits while playing the game. And the game itself is really fun and exciting – as you would expect from a game created by the legendary game designers at NetEnt.